With more than ten years of legal expertise in the areas of Divorce and Family Law, Louisville, Kentucky-based Hugh W. Barrow is the Founding Partner of Barrow Brown, PLLC. His mission is to provide personal and empathetic client service to those living through divorce—a lost art among many legal service practices.

Working throughout the Louisville region and its surrounding counties, Hugh provides both high-end litigation services and uncontested and other out-of-court divorce solutions. He has represented thousands of clients in litigated cases and won numerous awards for his skilled trial work. He has extensive courtroom and trial experience, and currently serves as a court-appointed Guardian ad Litem in family court and as a Warning Order Attorney for the Jefferson Circuit Court.

After growing up in South Carolina, Hugh lived and worked in Maine, Vermont, Seattle and Alabama before settling in Washington, D.C., where he worked as an attorney in several law firms and nongovernmental organizations. Now based in Louisville, Louisville Magazine recently recognized him as one of Kentucky’s “Top Lawyers” while the National Trial Lawyers deemed him among the Top 40 Trial Lawyers Under 40.

Aside from his thriving career, Hugh is a married father of two boys. He enjoys whitewater kayaking, scuba diving and is an avid musician and guitar player. He also admits that life would not be complete without Auburn Tigers football. Hugh also serves as Board member for nonprofit organizations. 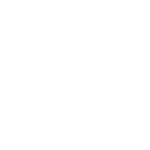 Request a Consultation (It's Free!)